In February of this year, Apple announced plans to introduce Tap to Pay on iPhones, a technology that doesn’t require any additional hardware, just your phone. They describe it as a new capability that will empower merchants from small businesses to large retailers, to use their iPhone to accept NFC credit and debit cards, as well as Apple Pay. While this in itself isn’t game-changing, it being available without additional hardware or payment terminals is. Apple says that they will collaborate with payment platforms, app developers, and payment networks to make it easier for businesses of all sizes to accept contactless payments.

Outside of the press release announcement, little has been shared on the technical details of the backend of this technology. Will it be available for any payment gateway or processor that certifies to it? Or will it be its own gateway, with Apple taking a piece of the transactional processing pie?

Currently, the Apple Pay platform does not charge additional fees for users and merchants, instead of brokering deals directly with card brands like Visa, MasterCard, American Express, and others both in the US and abroad. So why all the hype for something that appears so simple?

Apple’s move appears that they want to provide this technology to micro-merchants but perhaps they are being a bit more strategic and going after larger merchants as well.  Consider that most cards are being issued with NFC and EMV, and in 2024 Mastercard will start phasing out their magnetic swipe technology from cards. The PCI Security Council is bringing new standards to the market with PIN on SPoC and CPoC (payment standards made specifically for mobile consumer products) and industry leaders such as Ingenico are already working on ways that merchants can utilize these new standards and tech. The industry is well on its way to a contactless world for payments, and Apple’s Tap to Pay appears to be moving it closer.

You may be aware of the global chip shortage and its effect on the payments industry. As of this writing, demand for payment terminals and card readers far outstrips the supply, affecting all aspects of the industry, especially growth. Having one less piece of equipment to field and maintain, an easier path to boarding a merchant with a new terminal ID, and no need to replace a PIN pad if the merchant moves to a new processor, all of which certainly sounds like a dream come true for the merchant, VAR, ISV, and DISD. Just as the face of point-of-sale terminals was changed with iPads, Apple has a huge opportunity to push the industry forward by doing more with less.

With the entire industry struggling, from merchants all the way up to suppliers, having a low-cost contactless payment solution is already bubbling to the top of mind. However you slice it, Apple’s technology will be something to look out for. 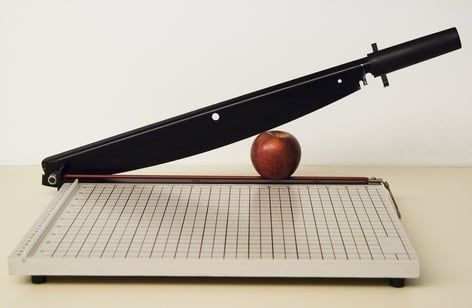 Vice President & Sales Manager for Skurla's POS Solutions, Thomas has been with the company for over 13 years. He loves working with our customers and bringing more value to our partnerships. Being in the IT field for over 20 years, he is also an ETA CPP as well as a PCI SSC Qualified Integrator and Reseller (QIR). But don't let all that intimidate you - he is still a down to earth person who will take the time help you out, answer your questions and get you in a solution that works for you! Connect with Thomas on LinkedIn: www.linkedin.com/in/thomas-greenman-33233a108/